Your Photoshop has stopped being just a desktop product and is now a system. Adobe plans to introduce Photoshop to iPad devices…

Adobe has always been a program that runs on a desktop until early last year when a team of 2 engineers asked to carve out the codebase of Photoshop for iPad. “Photoshop has stopped being a desktop product and has become a system,” Adobe’s chief product officer, Scott Belsky said.

The application widely used by professionals worldwide is now coming to a new device, the iPad. Adobe recently unveiled this new Photoshop to the public at their Adobe Max conference a few days ago. It would be part of the Creative Cloud so just in case your Mac or PC goes out of power, you can easily switch over to your iPad and MAYBE you can finish up from there.

Unsurprisingly, a lot of work had to be put in place for a PhotoShop for an all-touch device like the iPad. Functions that needed the aid of a mouse or some keyboard short cuts had to be redesigned for an iPad. Belsky had this to say on that note:  “The teams felt very passionate about not having this friction when you see a new UI. The common discussion was capitalizing on familiarity.” 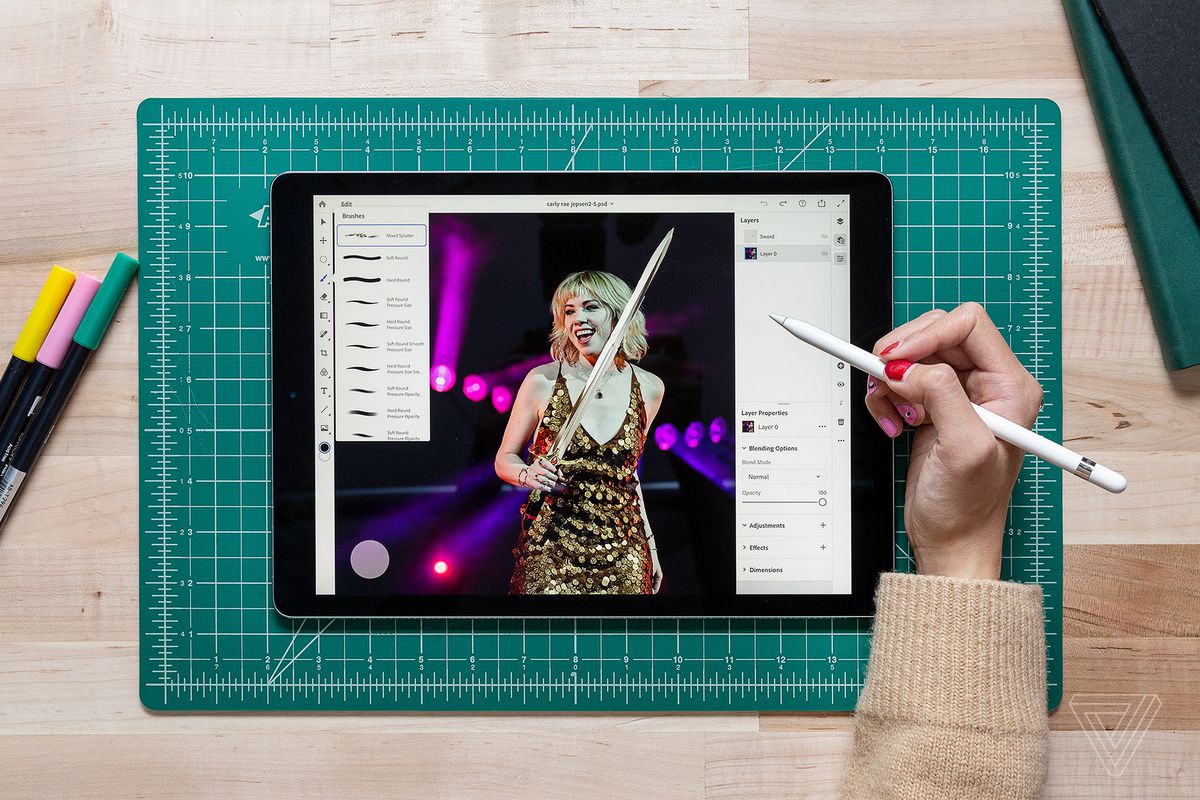 Sneak peek at what the iPad’s Photoshop looks like. Image source: Verge

Belsky thinks this Photoshop is faster…

“From my experience using the early, early version of this new product that we just shared, I don’t see why I would go to the desktop to do a retouching type of workflow,” Belsky says. “It’s powerful, it’s somewhat faster, and it’s super easy and native with a touch experience as opposed to a cursor.”

Think it will have all the features? Think again

It’s also worth noting that this Photoshop doesn’t have all the features of the desktop Photoshop. Some drop-down menus and the upper taskbar are missing but users can testify of its neat UI. There are no keypad short cuts or gesture controls in this Photoshop though there are plans to incorporate all those later on.

However, it has a few exciting features. For example, if you’re using the brush tool, holding the button down instantly switches to the eraser, then back to the brush when you let go. Holding the touch modifier down when you’re using the Move tool will automatically toggle to let you duplicate layers without having to select the function manually. Really cool huh?

It’s still not known if this Photoshop will be a monthly subscription like the other Creative Cloud products or a pay-once product. What we do know however is that this Photoshop would not be made available to the public until next year.

What do you think of this new Photoshop? Cool or nah? Let’s know in the comment section!